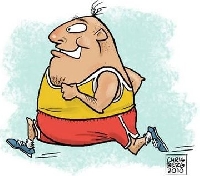 Know how to warm up for running – if you don’t, you’ll be sorry

The biggest mistake that a runner, seasoned or inexperienced, can make is to start running without warming up. That is a sure recipe for disaster. Warming up lessens the chance that a runner is going to experience aches and pains after the run. Warming up also helps prevent injuries that are going to waylay the runner.

When a runner warms up, he is helping the circulatory system pump blood that carries oxygen to the muscles. In essence, the runner is activating his system so that it isn?t shocked when he hits the pavement at full speed. A warmed up body is far less likely to result in stiff muscles afterward, and the runner runs more efficiently when his muscles are warmed up.

When muscles are cold, they do not contract as well or as vigorously, and they don?t relax as rapidly after a run. When the body is warm, this enhances the elasticity of the muscles and reduces the chance that you are going to pull or strain a muscle or overly-stretch a muscle. Blood vessels expand when the body is warm, and this lowers the strain on the heart and improves blood flow.

Other positive effects of warming up include warming up the temperature of the blood. When blood is warm, oxygen is more quickly available because the binding of oxygen to hemoglobin, which is a protein that contains iron and, which is in red blood cells, weakens and this makes it easier for oxygen to get to the muscles.

A warmed up runner has a better range of motion around his joints and produces more hormones that are responsible for controlling energy production. Many runners find that the warm-up period is a good time to focus on the imminent run and clear their heads of detritus.

Some runners like to jog around or in place before starting out on their run. Some do sprints. Jogging in place for five to 10 minutes is considered the general warm up during which time the runner?s respiratory and heart rates are elevated and blood flow is increased.

Stretching cold muscles is not a good idea, so do aerobic exercise, such as jogging in place, prior to stretching. This warms up the body and loosens up muscles.

Proceed to static stretching, which targets all the large muscle groups. When stretching the muscles the muscles are placed under tension. Hold the stretch to lengthen muscles and tendons. The runner has a better range of motion as a result of stretching.

Do a forward lunge and hold for 10 seconds or so followed by shifting the weight to the back leg, bending forward at the waist, bending the knee of the back leg and extending the front leg to the front. This stretches both the calves and hamstrings and works your butt.

Lunges can be walking lunges rather than stationary. Lunge forward on one leg, which requires bending that leg. The upper body is positioned over the leg. Now switch and lunge forward on the opposite leg, stepping forward each time you lunge.

Do an exercise that is called high knees. Lift the knees, alternating from right to left, as high up (in the front) as you can. Try jogging sideways, crossing the right foot over the left and vice versa. Some runners begin their work-out by walking, then transition into a jog before actually running.

Breaking into a fierce run without first warming up can result in a bad injury.