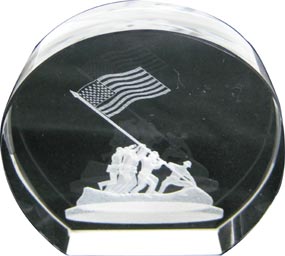 The few. The proud. The United States Marine Corps boasts a history of heros

Before there was a United States, before the Declaration of Independence, there was a Marine Corps. Why? Because there could have been no United States without one. On November 10, 1775, the Second Continental Congress decided that two battalions of Marines should be raised, and then commissioned Samuel Nicholas to recruit them. Nicholas became the first U.S. Marine officer and the first commandant of the Corps. Marines helped win America’s freedom throughout the Revolutionary War.

…To the shores of Tripoli.

In 1804, with the young United States facing a threat to its shipping from the Barbary pirates in northern Africa, the Marine Corps made history. First, a small group of Marines slipped by guards and set fire to a captured U.S. ship, denying the enemy its use. Then, at the Battle of Derna, in the nation of Tripoli, Marines led an army of mercenaries to victory and for the first time, the American flag was raised in triumph on foreign soil. The event is still remembered in the opening lines of  “The Marine’s Hymn.” The second event so immortalized came decades later.

From the halls of Montezuma…

When the U.S. went to war with Mexico in 1846, Marines were there to lead the way. As American forces approached Mexico City, the enemy forces centered their defense on Chapultepec Castle, a fortress also known as the halls of Montezuma. The castle soon saw an American flag flying above its walls, as Marines stormed the walls and led the way to victory. To this day, the red stripe on the pants of the Marines’ blue dress uniform commemorates those who gave their lives that day.

The Marines played a relatively small part in the Civil War, but were frequently called into action through the later years of the nineteenth century, culminating with the Spanish-American War, in which among other things Marines seized Guantanomo Bay in Cuba, where the U.S. still retains a base. During this time, the Corps also adopted the motto which it holds today: semper fidelis, Latin for “always faithful.”

“The Marine’s Hymn” also became popular during this period, though it would not be given official status until 1929. Marines led the way for American forces in World War I, particularly at the battle of Belleau Wood. Their German enemies, awed by the Marines’ prowess, nicknamed them “Devil Dogs,” and Marines proudly carry that name today.

Marines played a crucial role in World War II, as America and her allies preserved freedom from the threat of the Axis powers. Marines were particularly prominent in the Pacific, forcing landings on island after island and pushing the Japanese back. At Iwo Jima, after another U.S. victory, a photographer captured an image of five Marines (and one Navy corpsman) raising the American flag on the island’s Mount Suribachi. By the end of the war, 82 Marines had won the Medal of Honor.

Many Americans, whether personally affiliated with the Corps or not, proudly display its colors and symbols in clothing and merchandise. Through Korea and Vietnam to the current War on Terror, Marines have led the way. As another line from “The Marine’s Hymn” proclaims, the Marine Corps history has given it the reputation of being “first to fight,” sent whenever America calls, to preserve freedom and the American way.