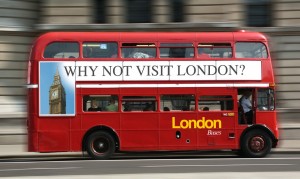 London is a big, loud bustling town full of many different pockets.

If you look close enough, you’re bound to find a place to call home within this patchwork of Victorian-era structures and modern sensibilities.

The best places to live in London are safe and manage to strike a balance between quaint and fun with attractive homes, green space and plenty of opportunities to socialize with new and savvy Londoners. 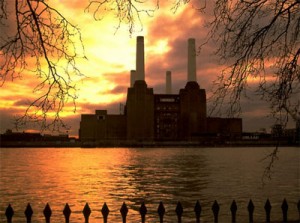 An ever-popular community with young families, Battersea sits between two large commons south of the River Thames. Here you can find larger homes with three to five bedrooms, which is a feat in this land of tiny flats. Northcote Road is lined with restaurants, bars and fashion and jewelry boutiques for weekend wanderings. 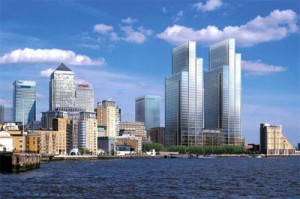 Residents of Canary Wharf enjoy living near the docks and many even work in this business district. If you’re commuting, Central London is only a 15 minute ride away via the Underground. The area is much quieter at night, which is a perk for some. The area can feel a bit sterile if you’re accustomed to active street life and independent businesses, but the lower rents may make up for it, depending on your lifestyle. 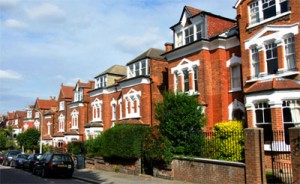 Looking for a room with a view? Highgate homes sit on one of the city’s highest points, resulting in some of the best views around. This is among the most expensive places to live in London, but it’s also among the safest and well connected to transportation. If you can afford to live along one the tree-lined streets that border Hampstead Heath, the experience is not to be missed.

Not a neighborhood per say, but just imagine the bragging rights of moving into Big Ben. Think about it: You get a built-in alarm clock and breath-taking views of the Palace of Westminster and the Houses of Parliament. The hitch is you’ll need to be quiet as a mouse and on constant guard alert. 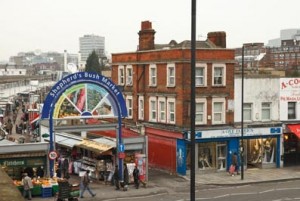 Since the tubes close at midnight, many people prefer to live in a neighborhood where a good night out is only a walk away. This community in the western part of the city is primarily residential with shopping, English tea shops and pubs along the main roads. Perks include affordable rents and no shortage of boisterous English pubs. 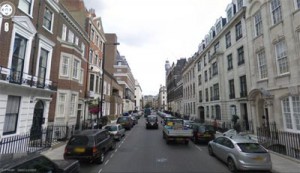 Detective Sherlock Holmes lives here in fiction, but Marylebone is even better in reality. You’re right by picturesque Hyde and Regent’s Park as well as some of the best shopping in the city, including men’s fashions. Prices are high here, but you get what you pay for, including Georgian and Victorian architecture and a train and tube station for fast commutes to work or Queens Park Rangers matches. 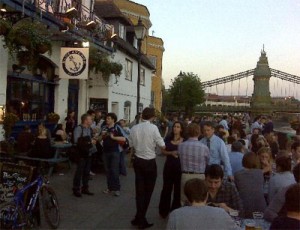 This bustling community attracts young professionals and families alike, and prices reflect that. It has everything you want when moving to a historic European city – period architecture, expansive green space, great food, night life and riverside running paths. Plus, four of the main tube lines pass through so you’re only a train ride away from many key points. 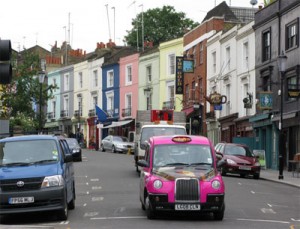 Thanks to the 1999 film by the same name and the famous Portobello Market, Notting Hill is one of the most desirable places to live in London for professionals and families. The Victorian townhomes and posh fashion stores draw tourists, but it’s the spacious, light-filled spaces that make people want to put roots here. Walk down any of the tranquil streets at anytime and you’ll feel safe and lucky to be there. 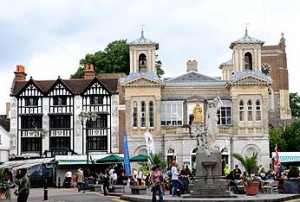 This London suburb has feel of a small village, yet it’s only 12 miles from the city center. A pleasant mix of students and young families live here for the lower cost of living, numerous bike routes and relaxing stretch along the River Thames. There’s plenty of shopping and transportation connections for weekday commuters and fantastic cuisine for anytime pleasure seekers. 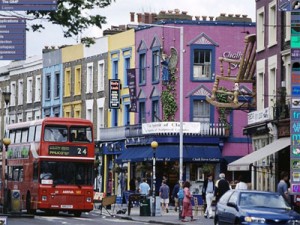 It’s always tempting to go where the action is and right now Camden is booming in the coolest way. The area has sprawling outdoor markets, contemporary art galleries, eclectic gourmet food, dance clubs and charming pubs – everything you want when you move to one of the most exciting cities in the world.