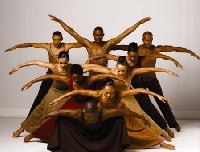 The most ancient form of dance known as spiritual dance, can be found in thousands of cultures around the world.

Today, some of these ancient spiritual dances are re-emerging in the world of contemporary dance, coupled with new interpretations, emerging dancers and modern spiritual dance fashion.

The earliest spiritual dance ceremonies and rituals can be traced to Africa. Rhythmic dances from Uganda and Senegal were used during times of celebration. Warrior dances, wedding dances and harvest dances utilizing the concepts of poly rhythm and total body articulation were native to Senegal, Ghana and the Congo. Each dance was made unique from other celebrations with spiritual dance fashion and styles of jewelry and body ornamentation.

Native American Navajo Indians also practiced spiritual dances such as the Fire Dance and the Grass Dance to achieve altered states of reality and enhanced consciousness.

The whirling dances of surfi or ?dervishes? in ancient Persia and Turkey were also believed to be a path toward enlightenment.

Even the practice of yoga, which dates back to over 3,000 years ago, began in India as form of spiritual dance that incorporated particular movements, postures and breathing techniques to achieve physical health, meditation, and spiritual enlightenment.

In the United States, one form of spiritual dance in particular has gained great popularity and attention. These spiritual dances, known as plantation, slave or sorrow dance originated with the black slaves who were brought into the southern states from the west coast of Africa during the time of slavery.

During the tumultuous period of slavery in America, many slaves were forbidden by their owners to speak in their native languages. The slaves responded to their hardship and grief through music, song and dance. Despite their bondage, slaves took comfort in reconnecting with their roots by practicing, cherishing and passing down the ancient spiritual dances they had learned from their ancestors in Africa.

Many historians even claim that these early spiritual songs and dances of the slaves lay the foundation for jazz, blues and gospel in America.

In the decades after the civil war ended, as blacks migrated from the South to the North, black pride began to grow. Spiritual dance fashion evolved, with an eye on the past, but a celebration of freedom of expression and acknowledgment of a rich heritage. Black dance and black music evolved to become one of the most highly valued forms of entertainment in America.

Early choreographers such as Katherine Dunham and Alvin Ailey strived to preserve the art, history, technique and spiritual power so unique to spiritual slavery dances rooted in ancient African culture. These pivotal dancers and choreographers helped to found the earliest black spiritual dance troupes and dance theaters dedicated to celebrating African-American heritage.  Today many of these dance troupes travel the world, performing in traditional clothing or colorful dance wear.

Without a doubt, these ancient spiritual dances of African cultures have re-emerged in America as powerful forms of artistic expression, and have continued to gain popularity as entertaining and educational forms of cross-cultural communication. These spiritual dances, which have the power to transcend language serve to connect us to our roots, revealing insights into past cultural histories.