Behind the timeless popularity of Doctor Who 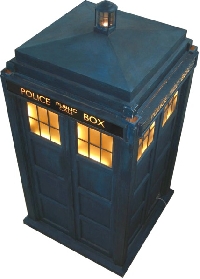 The Doctor has captured the hearts and imaginations of generations

Doctor Who is a widely popular British sci-fi TV series produced by the British Broadcasting Corporation (BBC). It has been around since its first airing in 1963, but went on hiatus in 1989 until its revival in 2005. Considered one of the most iconic sci-fi series of all time, this show has demonstrated staying power with national and international audiences unparalleled by any other.

One of the crucial ingredients in a long running series like Doctor Who is its ability to stay fresh. Enter the one-two punch of time travel and regeneration.

Before you continue reading about the Behind the timeless popularity of Doctor Who there is a special announcement we would like to share with you. Catalogs.com has negotiated special medicare rates for our vibrant community of seniors. If you are over the age of 60, you can head over to our Seniors Health Section which is full of information about medicare. All you need is your zip code and a few minutes of your time to potentially save 100s of dollars on your medicare bills.

First, because the Doctor is a time traveling alien, righting wrongs throughout the universe, he can be anywhere and at any time. He can go back in time to correct history, but he can also go to the future or be in our time now. The show doesn’t have to bend over backwards to stay current because each episode can take place at any time and still fit with the story’s theme and ?timeline,? as it were.

This of course raises the question, if he can fix things in the past, why does he not thwart Hitler before he can wreak havoc on the world, or stop the bubonic plague, or save the people of Pompeii? These questions are addressed, some quite directly (as most Whovians will remember in the episode, ?The Fires of Pompeii?) at times, and the answer to all of them in the Who Universe is, ?a fixed point in time.?

The Doctor can do a lot, change a lot, but cannot alter certain ?fixed points in time? because it would throw off the entire workings of the universe and reap dire consequences. This keeps the show believable while still satisfying our fantasies to visit some of the most interesting times and characters in our history. And to save the world, as the Doctor does time and again.

Beyond keeping the show’s storyline fresh and intact, it is also able to change out its actors without any hiccup in continuity. The Doctor, for example, being a member of a race of aliens called Time Lords, can regenerate. This occurs whenever a Time Lord sustains an injury which would normally kill any other mortal being, and causes his body to change, including his personality to some extent.

The Doctor retains his memories, however, which is how he can continue interacting with current characters. The characters, and his companions, change with time, but the Doctor is forever constant, no matter who is portraying him on screen.

The Doctor is known to be many things ? a warrior, a pacifist, a conflicted and sometimes lonely soul, a good man. The show’s writers have done very well at making this nearly-immortal creature highly relatable and lovable, and able to deal with themes and issues we humans have grappled with since the dawn of time. He encounters racism and bigotry in the Daleks, a race of creatures with so much pride in themselves that they believe all other creatures must be ?exterminated.?

These are the Doctor’s sworn enemies, and some of his interactions with them make him examine his own blind hate toward their kind. He must feel the pain of loss and letting go with the loss of each companion, and the guilt of potentially making the wrong decision for the greater good ? the concept of sacrifice, and what is truly ?right? in a moment of decision when something must die in order for something else to live.

And, too, as serious as Doctor Who can be at times, there is always a layer of fun and fantasy. With outrageous aliens and strange new places, the Doctor’s TARDIS, his time-traveling space ship which is ?bigger on the inside,? will take you to wherever and whenever you want to go. This is a long running story of high adventure, eternal friendships, and the constant fight for justice in an imperfect existence. It’s no wonder this ongoing tale has stolen the loyal hearts of viewers for decades.