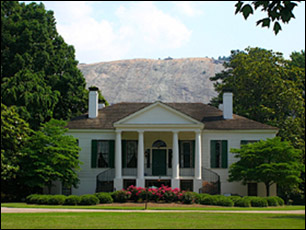 It has been said that the nicest people in the United States reside in Georgia. If you live there or have driven through the state, you know this is true. In fact, if you’re from such areas as NYC, South Florida or California, Georgians are so polite compared to you that it can be a little disconcerting.

For instance, you can be on a family vacation making your way up I-75 just outside of Atlanta but you need a little pick-me-up. As you wearily drive through McDonald’s to pay for your caffeine jolt, you don’t expect the 16 year-old at the window to ask you how your day was. And you really don’t expect her to grin from ear to ear while waiting for your answer.

Yes, the Peach State has friendly smiles and a proud heritage. The best places to live in Georgia embody these wonderful characteristics, plus a host of other endearing qualities. Here’s a look at some of Georgia’s finest:

Number 87 on Money Magazine’s “Top 100 Best Places to Live,” Martinez (pronounced Mart-uhn-EZ) has a population of just over 30,000. The median home price is around $193,000 and the town boasts extravagant mansions, outstanding school systems and inland access to the Savannah River.

A quiet family community of just over 10,000 residents, Richmond Hill is just south of Savannah. The crime rate is low and the southern charm is high, according to the city’s official Web site. If you like to be near the coast, this is the town to enjoy great seafood, antiques and a variety of recreational activities. The median home price is $157,000. 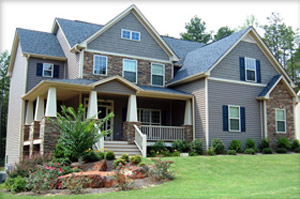 Dallas, according to Money Magazine, is where the jobs are in Georgia. Located in Paulding County, Dallas is being rejuvenated by an aggressive economic development plan that includes a multi-million dollar airport project. The average home price is $139,000. The county just recently received the U.S. Department of Commerce’s Excellence for Economic Development award.

Becoming one of the largest cities in Henry County, McDonough has excellent schools, health care and outdoor recreation. It’s been designated as a “City of Character” by the Georgia Municipal Association. Located 25 miles south of Atlanta, the city has a small-town feel but access to big-city activities. Population is approximately 190,000 and the median home price in 2007 was $152,000.

“Plan to Stay” is Peachtree City’s motto and it was voted one of Money Magazine’s best places to live. U.S. News & World Report reported it as one of the best places to raise a family or retire. The relatively new city is another Atlanta suburb and limits development. The population is approximately 34,000 and the median home price is around $250,000.

Settled originally by Shawnee Indians, the town of Suwanee is rich with its Native American heritage. It was placed at number 10 on Money’s top 100 best places list. Called a friendly and progressive town with strong ties to the railroad, Suwanee has a population of 11,200 and average home prices around $293,000. 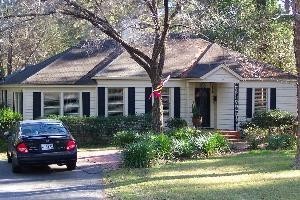 Just over the north border of Florida is Georgia’s tenth largest city with a population of approximately 43,000, per U.S. Census 2000 statistics. According to the city’s Web site, Valdosta boasts a wealth of “amenities, attractions and overall beauty” that provides an excellent standard of living for residents. The median home price is $165,000.

Marietta is one of Georgia’s “best managed and most livable cities,” according to Georgia’s Municipal Association. Located in the foothills of the picturesque Blue Ridge Mountains, Marietta has numerous historical homes, monuments and sites. Just north of Atlanta, it has a population of about 60,000 and an average home price of $203,000.

Called the Hostess City of the South, Atlanta is known for its amazing walking tours. It offers historic squares, 18th century cemeteries and riverfront boardwalks. The city is vastly hip and culturally sophisticated but it manages to retain its southern charm. The median home price is $210,000 and the population as of 2006 was over 4.9 million people. 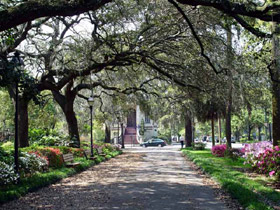 Perhaps the friendliest place in all of Georgia is the coastal town of Savannah. Deep history and the present day meld together in this charming city where residents enjoy beautiful parks, squares and mansions in century-old settings. With a population of over 130,000, Money Magazine named it one of the best places to retire. The median home price is $137,500.

This is a small sampling of the best places to live in Georgia and doesn’t include many of the state’s hidden gems and quaint towns. Along with friendly residents, the state boasts succulent peaches, Appalachia and its own “Little Grand Canyon” as some of the many reasons why Georgians love their state.

Comparing cities across the country for a move? Check out the best places to live in these states:

… and, if you’ve got your eye on New York City or the Windy City Chicago …