Ahh Pennsylvania, home to our nation’s first zoo, the beloved Liberty Bell and more importantly, chocolate Kisses. That alone makes it worth considering permanent residency in our nation’s Keystone State.

Like the state, this list is diverse and is based on random criteria in addition to that used by Money Magazine’s “Top 100 List of Best Places to Live.” The magazine rated smaller towns offering the best combination of good schools, safe neighborhoods, economic growth, things to do and a genuine sense of community. 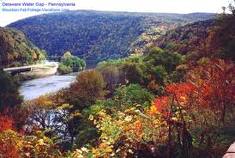 Five miles southwest of Allentown in the Lehigh Valley region of Pennsylvania lies the small town of Emmaus. This charming area made it to number 87 on Money Magazine’s list. With several structures constructed in the late 1700s and early 1800’s, Emmaus has several residences and other properties that are labeled as historic sites. The average home price is $189,428. 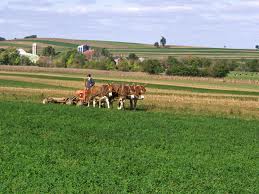 Horsham was honored as the 15th best place to live on Money’s list with a population of just under 15,000. Located in Southeast Pennsylvania, Horsham’s boundaries were drawn up by William Penn’s engineers. It has a strong Quaker influence and in 2007, the average home price was $292,454. 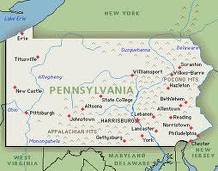 Lancaster is the heart of Pennsylvania Dutch country with Amish restaurants, working farms and major shopping. It is home to the oldest Farmer’s Market in the country, running from 1730 without interruption. Lancaster is also home to some of the best companies to work for in the state, according to the Pennsylvania Department of Community and Economic Development (New PA). Average home prices in 2009 were $113,260. 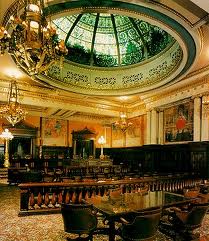 The capital of PA, Harrisburg is located in the south central region of the state. There is a bustling downtown with major cultural centers, beautiful government buildings and a miniature Statue of Liberty perched on the Susquehanna River. It has about 50,000 people and some of the best companies to work for as well, according to NewPA. Median home prices was $98,118 in 2009. 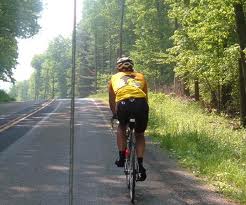 West Goshen gives you the best of both worlds. It’s only thirty miles away from Philadelphia but has such a small community feel that you won’t know you’re that close to the big city. Money calls this one of the best places to live and work because it’s within commuting distance to two major business hubs, Wilmington, DE and Philadelphia. The average home price is in the mid $300,000s.

With its Greek-inspired architecture, West Chester near Philadelphia is where to go to find singles. With a population of about 19,000, this town is situated near historic Valley Forge and is only a half-hour to Philadelphia. It’s also home to the West Chester University town paper, where humorist Dave Barry began his journalism career. The median home price in 2007 was $347,332. 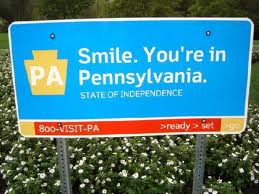 The Pocono Mountain region in Northeastern Pennsylvania makes the list for the sheer beauty of the area and because housing is more affordable than you would think. The region is broken down into several areas that offer quaint downtowns, world-class skiing, romantic getaways and short commuter drives to work. The average sales price in the greater Pocono region in 2009 was $212,654. 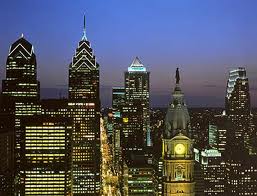 Although Harrisburg is a pretty large city, Philadelphia should also be included as one of the best large cities to live in due to its rich cultural and political history. As more people are moving back into the big cities all over the nation, Philadelphia is seeing revitalization in its downtown core. The average home price is around $169,324. 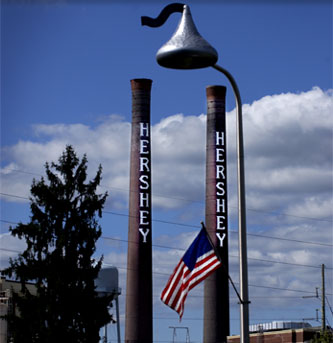 Hershey tops the list of our best places to live in Pennsylvania simply because it lines its streets with lamps shaped like Hershey’s Kisses. Really, enough said. But if you need further information, go to Hershey’s Chocolate Town Web site where you can explore all the Hershey-related places and activities that apparently are “beyond the chocolate.” The city sits just east of Harrisburg and is the Chocolate Capital of the United States. The median home price is approximately $264,362.

But there’s much more to Pennsylvania thanks to its diverse geography and rich cultural heritage. From the charming borough of Emmaus and chocolaty town of Hershey’s to the Philadelphia cityscape, there’s a way of life to suit anyone.

Pennsylvania’s landscape changes from dynamic, bustling cityscape to wilder rural areas, sometimes in just a few minutes. Regardless of where you reside, you are never far from activities aplenty. And because the cost of living is relatively low compared to other states, you’ll also have money to do them.

More about living in Pennsylvania …

Whether you like the appeal of a small town in which to raise a family or the action of the city, these are some of the best places to live in Pennsylvania.

One thought on “Top 10 Best Places to Live in Pennsylvania”