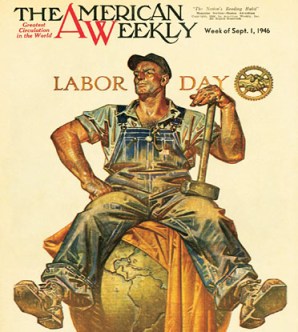 What would we be wearing today if denim hadn’t been invented?

The thought of billions of pairs of corduroy pants tweaking constantly should make us grateful for denim. This tough cotton twill fabric has been a part of world history and its influence on fashion with the invention of the denim blue jean is a riveting story. 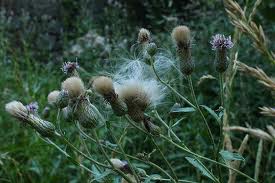 Denim fabric is woven from cotton, a plant native to the tropical and subtropical regions of the Americas, Africa, Australia and India. Cotton fabric dates back to prehistoric times and fragments from 5000 BC have been found in Mexico and Pakistan. 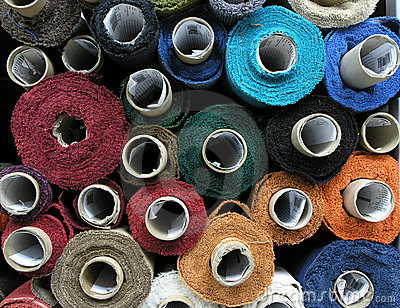 Serge is a strong twill fabric with diagonal lines or ridges on both sides. Sometime in the 1400s, the Andre family in Nimes, France, began weaving it with cotton. It became known as serge de Nimes which was eventually shorted to “denim.” 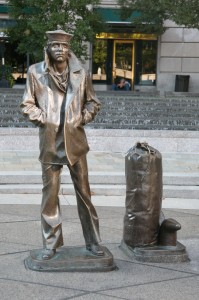 In the 1500’s, sailors from Genoa, Italy, wore work pants made from coarse cotton and wool. They were dyed blue but faded due to the water and sun (a trait we now love). As they sailed the world, others became attracted to these pants, including the French who called them bleu de Gênes, or the blue of Genoa, which many believe is the origin of the name “blue jeans.”

7. Cotton Gin is the Tonic 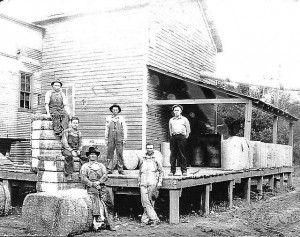 Making cotton thread became easier in 1738 when Lewis Paul and John Wyatt, of Birmingham, England, patented the roller spinning machine and the flyer-and-bobbin system for drawing cotton into an even thickness. Separating cotton fibers from their seeds was made simple in 1793 when America Eli Whitney invented the mechanical cotton gin, which has nothing to do with drinking a toast to celebrate the plant but is actually short for “cotton engine.”

6. The Golden Age of Jeans 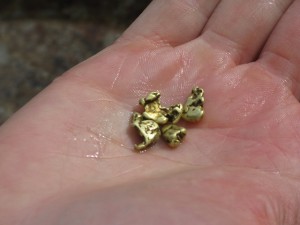 Gold was discovered in California in 1848. An influx of people eventually totaling 300,000 rushed there the following year to pan for gold and give a name to the San Francisco NFL team. One of them was Levi Strauss, who arrived in 1853 with a supply of dry goods. What Levi discovered instead of gold was that the one thing prospectors needed more than anything was sturdy pants that could stand up to work. 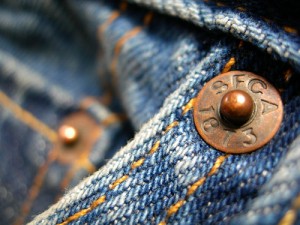 In 1870, Jacob Davis, a tent and wagon cover maker in Reno, Nevada, was hired to make a sturdy pair of pants for a local woodcutter. He used denim purchased from a dry goods supplier in California – you guessed it – Levi Strauss. Davis added additional strength to the pants by reinforcing stress points with copper rivets.

4. Birth of the Blues 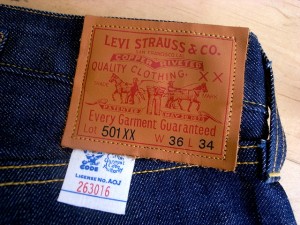 Davis’ copper-riveted denim pants became popular, so he partnered with Levi Strauss and on May 20th, 1873, they were granted patent number 139,121 for the “Improvement in Fastening Pocket-Openings”. This date is recognized as the birthday of the modern denim blue jeans.

3. Evolution of the Pants 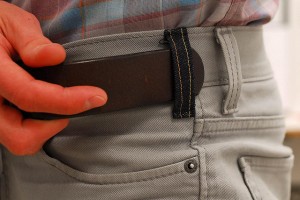 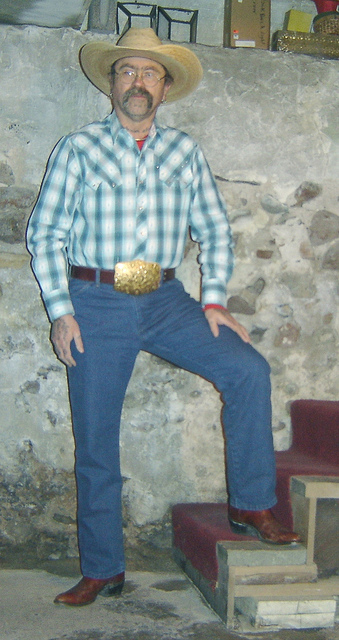 Levi’s rival jeans maker, Lee jeans, hired rodeo star Turk Greenough in 1941 to improve the style of its jeans which were popular with cowboys, both real and in movies. Turk’s wife, the famous exotic dancer Sally Rand, suggested a tighter fit and a flair to fit his riding boots and the “boot cut” jean was invented.

1. The Uniform of the World 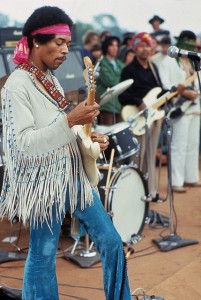 Denim blue jeans made the jump from utilitarian work pants to a rebellious fashion symbol in 1955 when James Dean paired them with a white t-shirt in the film “Rebel Without A Cause.” During the Summer of Love in 1967, the white t-shirt was tie-dyed and denim blue jeans became the universal pants they still are today.