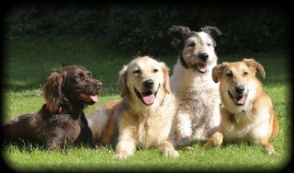 
There are big dogs and little dogs. And then there are the giant dogs.

Whether gentle or fierce, the sheer size of these largest dog breeds is enough to scare most people away. They assume large dog equals dangerous dog.

But you might be surprised. You’ll actually find more gentle giants than aggressive ones among this list. And if you’re a big dog fan, you might just find your next pet, too.

Before you continue reading about the Top 10 Largest Dog Breeds there is a special announcement we would like to share with you. Catalogs.com has negotiated special medicare rates for our vibrant community of seniors. If you are over the age of 60, you can head over to our Seniors Health Section which is full of information about medicare. All you need is your zip code and a few minutes of your time to potentially save 100s of dollars on your medicare bills. 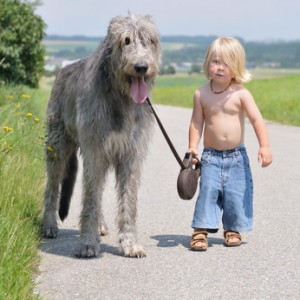 The first dog in my list is also the oldest breed of the ten. The Irish Wolfhound’s family history stretches back to the late 4th century C.E., when they were mentioned in Roman records as royal gifts. Bred as hunting dogs, their popularity as family dogs remained long after the need for wolf hunting had passed.

These are truly the giants of the dog world, standing between 30 and 34 inches at the shoulder, or about 4 inches taller than the average Great Dane. Forget the pint-sized dog treats for this pet…bring on the steaks! 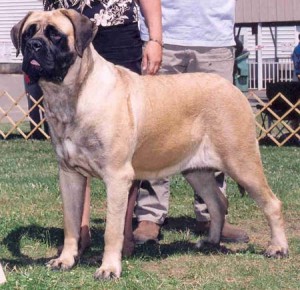 The second most ancient dog on my list, the English Mastiff is mentioned in Cesar’s writings as far back as the 500’s when these super-sized dogs marched into battle beside their owners. And when you look at these dogs, you see that same nobility in their posture and carriage.

The English Mastiff’s size makes it a poor match for city living, although they don’t require as much daily exercise as some of the other large breeds. At almost Great Dane height but a stockier build, these pups still think they’re lap dogs, so be forewarned! 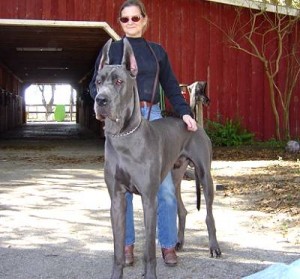 Originally bred as a boar hunter, this very large and powerful breed then adapted to a new role as estate guardians. Measuring an average of 30″ at the shoulder (and higher at the head!), these large dogs have become a mainstay among American pet choices. If you choose a Great Dane, make sure you have a solid fence of at least 10 feet, with cement footings…these curious dogs are also escape artists! 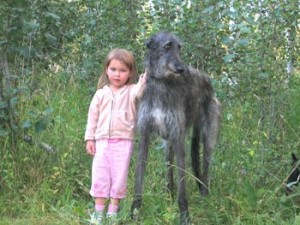 If you were living in the 16th or 17th century, odds are you would not be allowed to own one of these majestic dogs. The breed was limited to the titled and ruling class, a decision that nearly led to the breed’s extinction. They are friendly dogs when it comes to people, although their size could be a hazard to small children who could be knocked over accidentally. But when it comes to household cats or neighborhood animals like squirrels and raccoons, make sure you have a tight grip on a strong leash. This breed loves to chase!

The Neapolitan Mastiff is one of the oldest of the super-large dog breeds. These slightly comical looking dogs were almost lost during WWII, but a breeder rescued and continued the existing stock, keeping it from disappearing. Don’t let their silly. droopy appearance fool you. These are intelligent guard dogs, well suited to protection. They can be socialized to interact well with strangers and other dogs, but they clearly prefer their own family and will seldom leave the room when family members are home. Neapolitan Mastiffs weigh in at about 150 pounds. 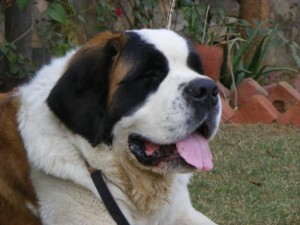 Best known as the dogs who come to save stranded skiers and mountain hikers, these gentle giants have a long history in Switzerland as guard dogs and intelligent rescuers. Originally a short haired breed, the now familiar long-haired St Bernard is as at home in the Alps as in a California family home. They are excellent with children and welcoming to other dogs. These are massive dogs, weighing in between 150 and 180 pounds on average. 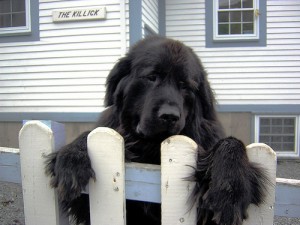 An energetic dog with a long history of companionship and heavy labor by their owners’ sides, the Newfoundland is the big black teddy bear of the dog world. They are gentle, and may appear calm, but they do require daily exercise to thrive. These giant pups average 100-150 pounds when full grown. 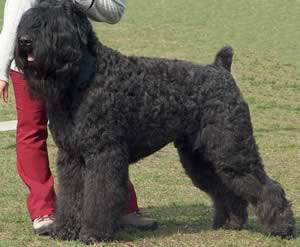 The black Russian Terrier is a breed created from 17 other breeds, each carefully chosen by Russian breeders after WWII. The breed was created to guard and protect, as well as for its ability to withstand the harsh Russian climate. It’s a loyal and intelligent dog who values being a part of the family, so it does not do well if left outside alone for long periods. Find a dog bed large enough for its large size, and place it near yours — you’ll have a devoted and happy canine family member for years to come. 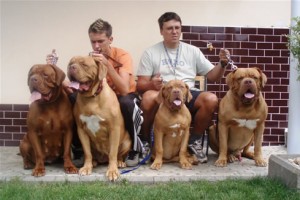 The Dogue de Bordeaux is somewhat of a mystery. This stocky, powerful breed has been considered the relative of several types of mastiffs, as well as other guarding breeds, but no one knows for sure. Featured as the super-drooling companion in the Tom Hanks movie “Turner and Hooch”, this dog is a gentle companion, excellent with children and a wise protector. Males weigh in from 110-150 pounds, with females starting at just under 100. 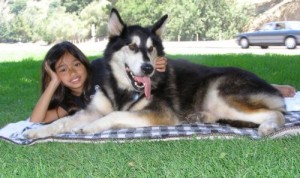 These powerful Northern dogs were bred to move heavy loads over short distance. Unlike their cousins, the Siberian Husky, these dogs aren’t generally sled racers. But both breeds are wonderful, if somewhat stubborn, companion and family dogs. Arm yourself with a good dog brush and keep people food out of reach. They love to snack on almost any food, and will take it from tables, shelves or even refrigerators themselves! Fully grown males can exceed 100 pounds, and females top off at about 90 pounds.