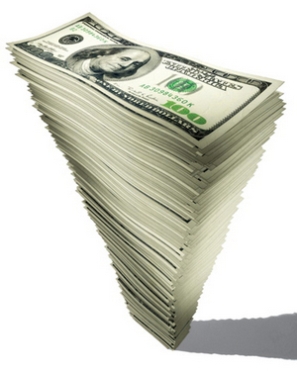 Pursuing a new hobby can be an engaging and economical alternative to being a couch potato.

From collecting stamps to watching birds, options abound for the weekend hobbyist with only an hour or two to spend. Such hobbies are convenient, and can be picked up or forgotten without any real fuss.

But there are less tame hobbies that require physical fitness, expertise, and a boatload of cash. Take up one of the pasttimes below, and you’ll most likely find yourself traveling the world, buying pricey gear, and attending competitions and conferences just to keep up.

Here are the top 10 most expensive hobbies:

Few home accessories are as impressive as a head mounted on your wall, but big game hunting trips come with meaty price tags. Booking a trip to the African inland swamp of the Okavango Delta in Botswana to hunt eland and zebra will run at least $5,000 for a week’s adventure. When you’re not traveling in a dugout canoe, you’ll be flying to uncharted territory in a single-engine plane. Premium guns and ammunition, not to mention the flight to Africa, make this a once-in-a-lifetime trip.

Most people dream about sailing around the world: exploring exotic port cities, shopping in bazaars, and sending photos to envious family members at home. Venturing in a safe and luxurious cruiser that has the latest navigation technology and multiple staterooms is imperative. The 45 foot Hunter Sloop might set you back $300,000, but it will keep you on course. Plan on a lifetime of investing in marine gear and upgrades for your vessel.

Mount Everest looms as the dream of every climber. Weeks of camaraderie at base camps, short climbs, and Sherpa guidance make Everest a premier human experience. The steep fee of $60,000, however, will keep most hobbyists grounded.

To join the sport of royals, expect to pay at least $8,000 yearly to be a member at a polo club. A decent horse starts at about $20,000, and will cost $1,500 per month in stabling and vet care. Between saddles, gear, and boots, guestimate another $5,000. And once you start traveling to play, don’t forget a trailer and a pickup truck.

Speed limits are one of the few banes of life in America. But invest in a cigarette boat, and you could be flying over the ocean at over 100 miles per hour. If you’re on a budget, you can pick up a 10-year old 38’ Top Gun Twin Step for a mere $160,000. With two 700hps engines driving those propellers, you’ll have to save some of your milk money for gas.

To experience flight the way the first aviators did in 1783, you’ll need a hot air balloon and a pilot’s license. A decent balloon will run $45,000, once you attend flight school for $3,500. And don’t forget to hire a crew to follow your path in a car, in case of difficulties or emergency landings. Beginning hot air balloon enthusiasts can indulge in an experience trip that will get them air bound at a fraction of the cost.

Start attending art auctions to adorn your walls, and you could end up paying millions for a painting. The record is held by a buyer who paid $140 million for a Jackson Pollock painting.

A nitromethane-powered dragster engine can accelerate faster than most planes, reaching 300 miles per hour after only a few hundred feet, but they can go through a savings account even faster. New dragsters command over a million dollars; even used dragsters can run $150,000.

Before supersonic jets, double-deckers, and the Concorde, hobbyist aviators were taking to the sky in single-engine planes. In a private plane, exploring the frontier of Alaska, barnstorming across the outback, or going to New York for dinner are equal possibilites. A private pilot’s license runs $5,000. The sky’s the limit on plane prices, but two-seater Cessnas and Pipers can be found for $20,000.

The spectacle of a horsewoman in a top hat and coattails riding a dancing horse is a beloved sight at the Olympics: this is elegant sport of dressage. As a rule of thumb, any hobby involving a horse belongs on a list of most expensive hobbies. The cost of the tack, lessons, and a horse that can groove might prompt you to get a second job.