Rainy days are the perfect excuse to stay and home and enjoy a film with loved ones, friends, or
all by yourself.

With this list of the top ten movies for a rainy day, we suggest some films to break up the
monotony of raindrops on the roof!

Kevin Costner stars in this cult classic which features a post-apocalyptic Earth which is overtaken
by water. It is somewhat like Mad Max, but with boats. While the premise is a bit ridiculous, this
movie does feature some great performances as well as intriguing use of early special effects
technology. 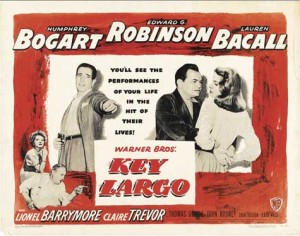 Key Largo is a classic thriller starring Humphry Bogart and Lauren Bacall. It takes place in a
secluded motel on the island of Key Largo during a torrential rainstorm. Conflict arises when the
operators of the hotel realize they are playing host to some notorious mobsters, making this
movie a great slow burning thriller for a rainy day!

Jaws is said to be the film that began the era of cinematic blockbusters. The story begins with a
young woman being killed by an abnormally large shark and leads to an epic showdown
between man and nature. 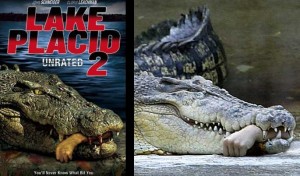 Bridget Fonda stars in this nineties cult classic which finds the residents of a small Maine town in
race against time to defeat a massive reptile creature that evolution left behind.

The Perfect Storms boasts a star-studded cast including George Clooney, Mark Wahlberg, and
Diane Lane. It is based on the true story of a brave commercial fishing crew stranded in the open
ocean and fighting for their lives as several large storm systems converge upon them. 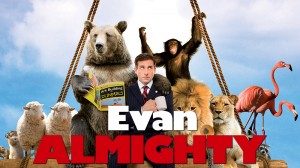 Evan Almighty is a light hearted and wholesome comedy starring Steve Carell as a modern-day
Moses faced with the prospect of an epic flood and a society that has ceased to fear such
Biblical catastrophes.

This aquatic thriller features a treasure hunting couple who come to realize that they got a little
more than they bargained for with their latest find. Now, they must enlist the help of a more
experienced treasure hunter to evade the threat of drug runners seeking what was stashed
aboard the ship the couple salvaged. 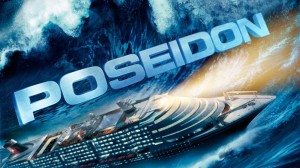 The Poseidon Adventure is a modern-day Titanic story with a tidal wave in place of an iceberg.
This classic thriller is a critic and fan favorite, known for its interesting camerawork and stellar
performances.

Tom Hanks stars in the harrowing tale of a man stranded on a desert island after a plane crash.
The film expertly deals with themes of survival, isolation and resiliency. It is based, in part, on
the novel Robinson Crusoe, which is itself based on the true story of a seventeenth century
sailor and pirate who became shipwrecked in a similar fashion.

The Mist is both a classic horror film and an intense moral drama. It begins as a storm rolls into a
coastal town and a man travels to a grocery store with his young son to gather supplies. They
find themselves trapped in the store by a supernatural fog that plays host to unknown and
frightening creatures rolls in, but their troubles only get worse when others trapped in the store
begin to believe that a sacrifice is required to appease the creatures.

Hopefully, this list of the Top Ten Movies for a Rainy Day will keep you occupied while the
weather is bad, and the barometric pressure is low. These storm and aquatic themed tales are
sure to keep you entertained until the sun comes out again!