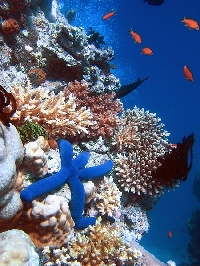 Learn about the types of ecosystems in a nutshell

In simple terms, an ecosystem is comprised of plants and animals and the environment in which they co-exist. The world’s ecosystems can be divided into two basic categories of ecosystems:  Aquatic (water) and Terrestrial (land). These two categories can be subdivided into numerous subcategories, such as the following:

Terrestrial ecosystems are land based ecosystems and can be found anywhere other than heavily saturated locations. Terrestrial Ecosystems can be sub-categorized into many more specific classifications, such as:

Forest ecosystems are densely populated with a plethora of plants in a confined spaced.   This ecosystem is in a delicate balance, and even a minor change to this balance can cause major problems to the plants and animals that call it home.  The Forest ecosystems can be further broken down into more specific ecosystems, such as:  Tropical Evergreen Forest, Tropical Deciduous Forest, Temperate Evergreen Forest, Temperate Deciduous Forest, and Taiga.

Desert ecosystems can be found in regions with less than 25 inches of rainfall per year. They are characterized by extremely elevated temperatures, little access to water, and strong sunlight.  There is little vegetation, and the plants that do live there tend to have stems and leaves which tend to conserve water, such as succulents. The animal which call this ecosystem home have adapted to the extreme conditions.

Grasslands can be found in temperate and tropical regions.  They often have an abundance of grasses but fewer trees and shrubs. The grasslands tend to be inhabited by a variety of grazing animals, insectivores and herbivores inhabit the grasslands. Savannas and Prairies are the two most common kinds of grasslands ecosystems.

Mountain ecosystems are less densely populated and are inhabited by a diverse community of plants and animals. At higher elevations, the conditions can be more harsh thereby limiting the vegetation to treeless alpine varieties. The animals comprise this ecosystem tend to have thick fur coats to protect them from the cold. The lower, more moderate, elevations are often comprised of coniferous forests.

Even urban environments comprise their own subcategory of ecosystem.  The plants and animals that inhabit a city or other urban area make up its own unique environment and differentiate it from other ecosystems.

An aquatic ecosystem is located within bodies of water.  There are two main types of aquatic ecosystems: Marine (saltwater) and Freshwater.  Although the share some characteristics, they are unique classifications with very specific differentiation.

These ecosystems are habitats to reptiles, amphibians, and various fish species.  Where the water is faster moving, there is a greater concentration of dissolved oxygen.  This oxygen sustains a greater biodiversity than slow moving waters.

The earth is comprised of numerous subcategories of ecosystems, and it is a precarious balance that sustains them all.  By becoming more aware of this balance, and the role we play, we can better protect these ecosystems–and the Earth–for future generations.