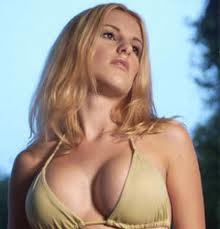 Post op, women should know what bra to wear after breast augmentation

Breast augmentation is invasive surgery, and the patient is going to need time to recover afterward. The breasts must be protected and supported. This requires a bra that is going to do both.

When the proper bra is worn after surgery, this hastens the woman?s recovery and helps her recovery properly, as well as giving her the support that she needs.

The patient should wear ?sleep in? bras that are soft. Do not wear an underwire bra. Initially, do not wear a sports bra because it can push your implants up too high. This prevents the breasts from settling into the proper place on the chest.

Find a sleep bra that is comfortable and supportive. Underwires are verboten. A sleep bra should be stretchy and conform to the changes that your breasts are undergoing. The sleep bra is comparable to a regular bra without an underwire.  Post op, the patient should sleep on her back in a semi-reclined position. The chest and upper body need to be elevated to prevent swelling and pain in the augmented breasts.

The purpose of this type of bra is to provide support while the woman is sleeping and relief from pain. A woman definitely needs to wear a supportive but comfortable sleep bra or leisure bra after breast augmentation because the breasts have obviously undergone a transformation and must settle in. This type of bra is made of breathable material, are stretch, smooth and soft.

The post op breast augmentation patient may choose further along in her recovery to wear camisole tops that include a built in bra (no under wire) and, which are lightweight and comfortable but do provide some support and won?t cause irritation to the breasts.
~

Before undergoing breast augmentation, do your homework and research. There are risks involved in this procedure, including bottoming out, which sometimes happens when a patient is thin. Because of the woman?s thinness she doesn?t have much skin and breast tissue coverage. When implants are placed above the muscle, bottoming out may occur. This means that the implants have become too low on the chest, and this makes the nipple too high on the mound of breast. When bottoming out is evident right after surgery this is due to over-dissection and when it occurs later  it is often due to the weight of the implant.

Other concerns include capsular contracture, which refers to the lining (or capsule) that is forms around the foreign object (the implants) and consists of fibrous tissue.  This tissue capsule is similar to but not exactly like scar tissue. This is a very common complication and generally happens a few months after surgery. When the capsule/tissue tightens, it squeezes the implant. This distorts the look of the breast as well as makes the implants feel hard. The breast can take on the look of a ball.

Sometimes an implant can actually come through the skin. This is called extrusion. This happens when the wounds haven?t closed properly or the breast tissue that is over your implant becomes weak. This does not happen that often, but it can.

Symmastia sometimes occurs when a thin woman has breast implants. This condition is the outcome of over-dissection of the tissues that are located in the cleavage area. This may happen inadvertently or it may be done purposely in a quest to make the cleavage bigger or create cleavage. Other terms for symmastia include uniboob, kissing implants and bread loafing. The implants meet in the center of the chest which gives the look of one breast rather than two. Thin women are at risk for this because they don?t have much fat or tissue over their sternum.

After any surgery, there is always the risk of infection.

There is some controversy over whether women (and girls) should wear bras while they sleep although many women find it more comfortable to sleep when wearing a bra. There is believed to be a link between bra cancer and extensive bra-wearing. The thought is that wearing a regular daytime bra to bed at night results in irritation to the breasts, friction, sweating under the bra, chafing and sores on the shoulders, breast and chest. Under wires can poke a woman while she sleeps.

However, it is imperative that a post-op breast augmentation patient wear the proper bra all the time.