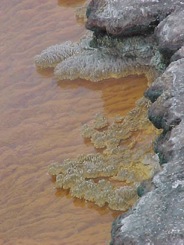 From the ocean floor to the mountaintop

Volcanoes are one of the Earth’s most enigmatic features. Over the course of human history they have played both mythical and catastrophic roles. For all of science’s best intentions, predicting volcanic eruptions remains an elusive goal. However, understanding the history of a volcano is another story. The relatively frequent and volatile movements of the earth’s crust, and the rocky clues they leave behind, reveal much about the turbulent world beneath our feet.

There are several types of volcanoes and several ways in which they form on the surface of the earth. But what causes volcanic action? As it turns out, there are but three situations in which you will find a volcano. All are symptoms of plate tectonics; the very forces that formed the continents.

Before you continue reading about the What causes volcanic action? there is a special announcement we would like to share with you. Catalogs.com has negotiated special medicare rates for our vibrant community of seniors. If you are over the age of 60, you can head over to our Seniors Health Section which is full of information about medicare. All you need is your zip code and a few minutes of your time to potentially save 100s of dollars on your medicare bills.

The majority of volcanoes are formed by tectonic plates either pushing together or pulling apart. Divergent plate boundaries exist where two plates are pulling away from each other. New crust is formed where the plates divide as molten rock rises to the crust’s surface, slowly cooling. Divergent plate boundaries usually occur deep in the oceans. The mid-oceanic ridges are an example of this type of volcanic action. Occasionally, as is the case with Iceland, oceanic ridges rise above the surface of the ocean.

Contrarily, convergent plate movement causes more visible volcanic action. Famous volcanoes, such as Vesuvius or Mount St. Helens, were caused by converging tectonic plates. In a process known as subduction, an oceanic plate collides with, and slides under, a continental plate. During this submersion, magma is formed and pushed toward the surface. What causes volcanic action is that magma reaching the surface, forming volcanoes and pushing them toward eruption.

Hotspots are unique because they do not occur at plate boundaries. They are in fact a result of convection through the Earth’s crust. Here mantle plumes, via convection, push hot material to the crust’s surface where holes are formed. These holes become chutes for magma and thus homes for volcanic activity. Hotspots have yet another fascinating characteristic: the illusion of movement. Because the Earth’s mantle, the layer of the Earth directly below the crust, does not move and the tectonic plates comprising that crust do, hotspots change location over time. The Yellowstone caldera is a prime example of a hotspot’s current home.

The creation of volcanoes is not an over-and-done-with type of process. The Earth’s crust is always moving and changing, and volcanic eruption is but a sign of these changes. Scientists have three classifications for volcanoes; active, dormant and extinct. According to Wikipedia, there is much argument over what exactly an active volcano is. Generally, a volcano that has erupted within the last 10,000 years, and shows signs of further eruption, is considered active.

Volcanoes, although studied by eager scientists for centuries, retain a mythical status in cultures around the world. They are a living remnant of Earth’s long, slow and ongoing development. For volcanologists, knowing what causes volcanic action is simple enough now. Yet volcanoes have lifetimes that can span millions of years and it has proven an ambitious task to predict eruptions. That is until smoke is already billowing out of the mountain.