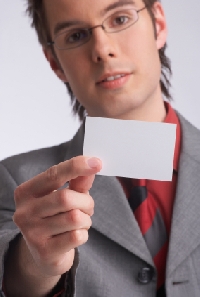 RSVP means please respond. In French, it reads Repondez, s’il vous plait. You will see RSVP most often on a party invitation or the invitation to a wedding. If you have not received a request like this before, here is a bit of history.

What is a French phrase doing in an invitation to an American party? During the last decades of the 19th Century and first decade of the 20th, wealthy Americans were increasingly exposed to all kinds of foreigners. Some of them came to visit a country newly-accessible by cross-country railroads to see the extraordinary wild scenery described in European newspapers. Some of them wanted the adventure of touring, watching for bison and red Indians from train windows. Others wanted to be on a train that stopped for shooting parties, a truly novel way to hunt a bounty of new wild animals.

Others came to visit their investments. Railroads and mining ventures floated their sometimes extremely-speculative bonds on European stock markets to raise money.

As Americans gained enormous wealth from the same railroads, oil drilling and mining, they developed the leisure to look around ways to improve their lives. Andrew Carnegie was only one self-made man who saw the need to combine hard work with a search for manners and cultivation. Other captains of industry like Rockefeller, Mellon and Vanderbilt did the same. And as their wealth accumulated, it became more and more fashionable to bring the culture of Europe to this new country.

Wealthy mothers took their pre-debutante daughters on the grand tour: a little French, a little flirting, perhaps a painting class, a brush with minor royalty and a lot of shopping. They indulged in furniture, fabrics, works of art and clothes in the best European styles. If money could buy it and a ship could carry it, one bought. New York houses became grand and grander. Frick, Carnegie and scores of Vanderbilt family members filled Millionaire’s Row on Fifth Avenue in architectural styles perhaps best described as like Europe?only bigger.

The new money bought many things including European manners like calling days, carriage rides to see and be seen, formal dinners and luncheons and new language. An evening entertainment became a soiree. A visiting writer would be shown off at a salon. Formal third-person invitations, which we still see in wedding invitations, became absolutely de rigueur (required) as did RSVP. Anyone ignoring that requirement could be turned away at the door as not expected, should he or she be so audacious as to turn up without having sent a proper written response. One did not scramble up an extra plate at the table for six courses. That was just not done.

A sample invitation might have been: Mr. and Mrs. John Jones cordially invite you the wedding of Mary Jones to John Smith . . . and RSVP remain among the few social souvenirs from The Gilded Age.

What does RSVP mean today? Just what it always has: please respond. And much as entertaining styles and ways of communicating with each other have changed drastically since the turn of the century, it remains important to honor an RSVP request.

A hostess can say RSVP for many reasons. It may be as simple as wanting to make sure that she has enough food yet doesn’t want to drown in leftovers. Perhaps she wants to introduce a new friend, someone from out of town or a visiting relative to her friends. She does not have to explain her request for a response.

Our manners have relaxed in recent years and not always for the better. One can telephone or email a response to a written invitation. But manners have never been so relaxed that a prospective guest can simply pencil in Swansons at 6 on the calendar and dig out her good earrings in silence.

One of our recent social oddities is that we put a very high value on teaching our children manners yet cut ourselves a great deal of slack on the same subject. We excuse adult rudeness by saying we’re busy. Your hostess is busy, too. We say that she knows us so well that she knows we will come. No, she won’t. Remember how busy you said you were! We say RSVP is important, and we fill silly responding. In that case please feel silly at home.

It’s a great relief that the worst of Gilded Age manners are gone. But the simple request that one acknowledges and replies to an invitation, whether the response is in English or in French initials, is practical common courtesy, something of value at any time. A little more leftover social French: tout de suite (right away). You’re invited. What does RSVP mean? RSVP, tout de suite, and have fun at the party.