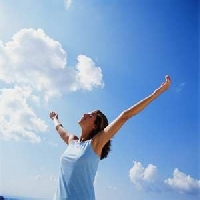 Vitamin D: Its not just in milk!

Vitamin D is an important nutrient that has gained publicity in recent years through the ?Got Milk? advertising campaign.  If you have ever seen the billboards or television commercials starring famous musicians, movie stars, athletes and other public figures with milk mustaches, then you already have some insight into the Vitamin D marketing campaign.

The history of this campaign dates back to the early 1900?s when a disease called Rickets became a public health crisis in the United States.  However, it wasn?t until the 1930?s that the medical field publicized the correlation between rickets and a Vitamin D deficiency.

Health professionals identified milk as one of the leading sources of Vitamin D in the American diet.  Shortly thereafter, scientists devised a way to further supplement milk in an effort to eradicate rickets.

In October of 1993, the very first ?Got Milk? advertisement was aired on television. The tag line was later licensed for use by milk processors and dairy farmers.  Since 1993, the ?Got Milk? campaign has become one of the most successful and celebrated advertising campaigns in history, helping to educate consumers about the importance of Vitamin D, as well as calcium, potassium and Vitamin A, and profoundly impacting the nation?s public health.

However, Vitamin D is not found in milk alone.  Research has slowly identified what foods have Vitamin D.  It has also become common knowledge that the very best source of Vitamin is actually sunlight.  The sun?s UV rays stimulate Vitamin D production in our skin.

Without enough Vitamin D, bone deficiencies can occur.  Rickets, Osteomalacia, and Osteoporosis are examples of diseases resulting from a lack of Vitamin D.  Medical evidence suggests that Vitamin D may also help to prevent some forms of Cancer as well as Alzheimer?s, and Chron?s Disease.

Doctors recommend Vitamin D supplements for those who may not obtain enough of the vitamin through milk or sunlight exposure.  It is also helpful to have a basic understanding of what foods have Vitamin D.  Boosting your intake of foods high in Vitamin D can be especially important at during late fall or winter when one?s exposure to natural sunlight may be comprised.

Health officials researching what foods have Vitamin D have identified oily or fatty fish as containing some of the highest percentages, next to milk.  While adding these key fish to your daily diet can increase your Vitamin D levels, it is also important to note the risk that some of these fish can be high in Mercury.  This is one reason why fish and seafood are not recommended foods for pregnant women.

If you are wondering what foods have Vitamin D, here is a helpful list you may wish to refer back to.

What Foods Have Vitamin D?