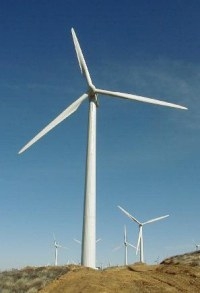 Here are 5 main sources that define what is renewable energy

In a nutshell, renewable energy is energy that can replenish itself regularly. Thus, it is energy harnessed from natural resources like sunlight, wind, biomass (plants, trees, etc.), geothermal heat and water.

Renewable energy is not a new concept. Think about how your ancestors heated their homes or cooked their meals a century ago – by burning wood (biomass), which accounted for 90 percent of their energy needs. They never asked “what is renewable energy,” they just used what they had to survive.

About 7 percent of the energy used in 2007 came from renewable resources, according to the Energy Information Administration (EIA). Interestingly, that number was at its highest in 1997.

The main culprits for the drop? Cost and location. Unfortunately, renewable energy is more expensive than fossil fuels, and those energy sources are often located in remote areas or just do not cooperate with us at times. Think about a house that gets its heat through solar panels. Well, sometimes those pesky clouds hang around, blocking the sun’s energy rays.

Let’s delve into the five main energy sources that currently define what is renewable energy:

Sun
Everyone remembers those houses with solar panels that sprang up in the early 1990s. Those homebuilders certainly had a foresight into future conservation needs.

Solar technology uses the energy from the sunlight for heat, light, electricity and hot water for homes, businesses and some industries. Currently, heating your water with solar technology is quite expensive, but the National Renewable Energy Laboratory (NREL) is working to lower the cost through continuous research and development.
~

Wind
OK, so it’s not possible to erect a wind turbine in your back yard, but wind energy is one of the fastest-growing renewable resources. Much like the sun, the wind’s energy can’t be exhausted, it’s clean and it has the capability to provide power for millions of homes, businesses and schools.

The United States can currently generate more than 25,000 megawatts of electricity from the wind, which is enough to power about seven million average American homes, according to the NREL’s Website.

Geothermal
Geothermal energy stems from the heat that exists just below the earth’s surface. We can tap those underground reservoirs of hot water and steam to generate electricity. Other uses include crop-drying, district heating and the ability to heat and cool buildings using ground-source heating pumps.

California is home to the largest group of geothermal power plants worldwide, which are located at geothermal field called The Geysers. As of 2008, geothermal power supplied less than 1 percent of the world’s energy, according to sources.

Biomass
Imagine being able to use the very plants, trees and crops that sustain our nutritional needs to heat our homes, too. Biomass can be used as solid fuel or it can be transformed into a liquid or gas for electrical power, fuel or heat.

Water
Water, or hydropower, is the most popular method of generating electricity using renewable energy. Again, using water to generate energy is not a new method. Think of the old paddle-wheel mills that were built hundreds of years ago to grind grain. According to EIA’s Website, the first industrial use of hydropower to generate electricity happened in 1880, when 16 brush-arc lamps were powered using a water turbine at a chair factory in Michigan.

Hydropower is created by harnessing moving water. The amount of energy created is dependent upon the body of water’s flow. Obviously large, fast-moving water sources (Niagara Falls) are ideal for harnessing power. Currently, most of the hydroelectricity generated in the United States is from three states – California, Washington and Oregon.

Hopefully this has given you some oversight into exactly what is renewable energy.