What is the difference between Bible translations 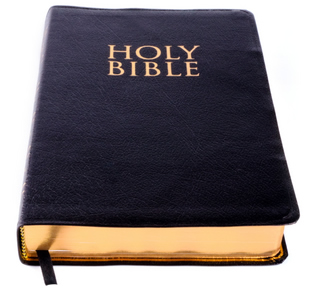 Prior to 1881, someone studying the Bible no doubt had the King James version in hand. Since 1881, a number of different translations are widely available. It’s only natural to wonder what is the difference between Bible translations.

Wondering about the differences is often tied to a deep wish to study the version that’s most faithful to the original. You may simply want to know which version is the best, but the answer depends on the person. Popular versions of the Bible range from varying translations to those written for a specific audience ? children and teens – as well as those for the pulpit and editions made for journaling.

Before you continue reading about the What is the difference between Bible translations there is a special announcement we would like to share with you. Catalogs.com has negotiated special medicare rates for our vibrant community of seniors. If you are over the age of 60, you can head over to our Seniors Health Section which is full of information about medicare. All you need is your zip code and a few minutes of your time to potentially save 100s of dollars on your medicare bills.

It helps to look at what led to the numerous variations. The year 1881 marked the publication of the Greek New Testament. The primary difference between this and the King James is that it’s shorter.

Translators of the King James followed the Greek MSS text, while those behind the shorter New Testament (NT) followed the oldest texts available then. These older texts did not include a number of notable passages, like the extended ending to Mark’s gospel about women caught in adultery.

The revised English version was also published around this time, which was also a translation of the ancient Greek texts available instead of those the King James is based on.

For the common person

Shortly after more translations of these older texts began to appear, newly discovered manuscripts revealed discrepancies in the King James version. The primary one centered around a 2,000-year-old scrap written in language similar to that used in the NT. With this scholars realized the Greek used in the NT was the common tongue of the time, not language intended only for the elite.

This discovery was huge. New versions have strived to write the NT in a way average people will understand because apparently this was always the intention. These ancient manuscripts have also helped translators decipher the meaning of certain words, many of which the King James translators could only make a guess at.

The answer to what is the difference between Bible translations also has to consider the philosophical. From a missionary’s perspective, it’s essential to provide versions made for specific tribes. This means a number of translations are written in native languages and placed in a context the reader will understand.

What it comes down to

The main differences between bibles are in the text, the philosophical approach and the information. Readers of new versions often wonder about the many absent verses and favorite references. Many can’t help but note significant changes in the text ? the ?book of life? in the King James as opposed to the ?tree of life? in newer iterations.

These changes may feel strange to those who hold the King James and other older versions dear. Scholars note that these shorter ones haven’t affected any of the main doctrines.

Word-for-word, any two versions may at first strike you as wildly different, but not so fast. Modern versions have kept the deity of Christ, salvation through grace and the virgin birth the same. As two people can read the same edition of the King James and come away with different ideas, the same as goes for those who prefer different versions.

Many believers and those looking to start a bible study agree that the best bible for any given person is the one they’ll read, study and learn from. As far as choosing an edition for your family or someone special, there’s no need to worry about what is the difference between Bible translations. Some prefer the King James and others more modern ones, and nobody is wrong in their choice.