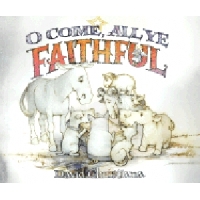 “Have faith, hope and charity
That’s the way to live successfully
How do I know, the bible tells me so.”

You have heard it time and time again: You’ve got to have faith.

But what does that mean, exactly? What is the meaning of faith?

Some people consider faith to be trust or confidence in someone or something. If you have faith in God, or an all powerful entity, or whatever happens to be in your religion or belief system, you trust that He will see you through difficult times and give you the courage to go on. Some consider the word “faith” synonymous with trust, belief or hope.

Faith is exhibited through action, behavior and through physical expressions of what you believe, like wearing religious symbols as jewelry, using icons of faith as decorating items or setting up personal shrines or places to practice your faith.

Faith is a positive assumption. Even if a person doesn’t know for sure that something is going to work out, he has faith that it will and says so.

Faith is sometimes described as belief without proof. Faith can be described as the opposite of reason. Some maintain that faith is a belief that is not supported by reason or evidence but is merely an assumption or a belief in something although there is evidence to the contrary. For example, if your loved one is diagnosed with a horrible disease and is said to be terminal yet you have faith that he will recover this is an example of having faith although the evidence shows that the odds are stacked against the person making a full recovery.

However, it would be hard to navigate life if one is void of faith or a belief in something that sustains them when the going gets rough. Faith is something to hang onto and there are many who have experienced the joy of having faith.

People often use  the term “faith” in their daily lives. What about taking a leap of faith? This means that a person does something or believes in something based on faith, which he trusts. Taking a new job, moving to a new state or any major change in a person’s life is sometimes done on a leap of faith. You don’t know that it’s going to work but you’re willing to give it a try because you have faith in the outcome.

An ‘”act of faith” is a deed or action by a person that shows he trusts in someone or something. For example, if you trust someone to have your back in a dangerous situation that is an act of faith.

If a person believes in what he is doing, many believe that this faith will help that person overcome any problems that he may encounter because faith makes a person stronger.

When parents believe in their children, they have faith that they will do the right thing when unsupervised.

Sometimes individuals encounter bad faith, which means someone didn’t live up to an agreement or their end of the deal. When a person acts in good faith, he is sincere and honest.

~Another common expression is “keep the faith,” which means that you continue to believe in what you are doing, perhaps a civil or political cause, and in the person who are also involved. When a person holds onto or keeps his faith it means that he doesn’t quit in the face of adversity. He stays true to his beliefs and “keeps on truckin'” so to speak.

When someone shows up late but they do show up yet you chide them for their tardiness, the person may respond, “Oh, ye of little faith,” meaning you should have had faith in them but didn’t.

“When faith is lost, when honor dies, the man is dead.”