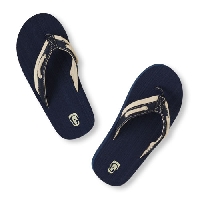 Trying to get teens to get dressed before noon can be a bit of a challenge from one day to the next. The best way to make sure that they are actually going to get dressed in the morning and do so in a way that isn’t embarrassing for themselves and their immediate family is to find things they actually want to wear.

This task can be especially difficult when talking about young boys, because these kids seemingly end up gravitating into two groups. There are the kids who honestly don’t care what they look like and will wear the same thing every time they go outside the house. The other group only want to wear things that look brand new and are all the rage. The added caveat is that which ever group you are talking about, the kids have got to feel comfortable on a very basic level in whatever they are wearing.

Teen boys are different than teen girls, who will actually go out of their way to wear something that might actually hurt their feet, in order to be stylish and trend setting. The secret to finding cool teen clothing that boys want to wear is finding things that straddle the line between comfortable, trendy and easy to put on in a flash so they don’t lose interest.

When it comes to footwear that a teen boy will actually wear, the list usually begins and ends with shoes that can be put on and taken off easily. Velcro shoes are a little too little kid looking, so a safe bet is going to either be flip flops (if you live somewhere the temperatures allow them) or slip on shoes like boat shoes.

It may sound funny to people who aren’t parents to teens, but there really is some kind of calculation that goes through a teenager’s head when it comes to putting on footwear. If it normally takes a little time to put them on, they simply won’t bother. Having something that looks good, feels good and can just be slipped on is a plus for every teen-aged male.

I used to think that my teen son was wearing a sweatshirt all the time simply because he didn’t want to have to try and match his outfit, so the gray was a catchall. Then I gave some real thought to the fact that he’s usually in a place he has to be, whether he wants to be or not (school) and he has no control over the temperature.

His attire on any given weekday is a short sleeved shirt and a hoodie on top. This allows for him to take the hoodie off if he’s feeling hot and slip it back on when he gets cold over the course of the day. Taking a look at what his friends and classmates wear, this is clearly a solution many kids have arrived at during their school careers. This means it also has the added incentive of being part of the acceptable and trendy school wear.

Workout, warm up or what were called “wind” pants back in the 1980’s and 1990’s are still very popular when it comes to the teenage set. The simple fact is the pants are plenty comfortable and easy to take off at the end of the day and put on at the beginning.

The style and consistency of these pants can either be the light plastic-like material or it can be the full on, heavy wool material much like the stuff the hoodies are made out of. The teen boys will love to wear the different kinds of workout pants depending on what the weather is like outside. During the winter, the heavier workout pants tend to come out, while the lighter warm-up pants are sported during the warmer months.