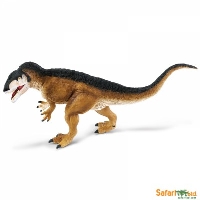 We’ve all been there and we all see it when we see kids play. Kids love to have collectible toys such as G.I. Joe figures, or Transformers or even just something like plastic toy dinosaurs. They love to play with these toys and they love to play with all the toys in a set. To some degree this is because there is a sense of completion when they get an entire set of something.

Kids also answer the question as to why kids love collectible toys by showing that they are learning something by using these toys. This is also the reason so many of the toys that were part of cartoon series’ had an educational message when they were on the air. People learn things when they are being educated in a way they enjoy. People can remember statistics of their favorite baseball player from 30 years ago if they are truly a baseball fan and watched those statistics unfold.

Collecting these toys is basically the same principal, only children are getting to learn about a ton of other things while they are collecting. If a child is collecting something like plastic army men, they can actually learn a little bit about what it really means to be in war, history and geography. Most of the classic army men are based on soldiers that were fighting during World War II, so there is a historical aspect to this particular collection as well.

This same theory applies to a child who is collecting dinosaur figures. The kid who is playing with these toys is actually going to want to know more about the figures tand this in turn will teach them things that will embed themselves in their minds.They might spend a couple of hours collecting and playing with these toys and then spend a couple of hours going online or reading a book in order to figure out how something like a Velociraptor behaved when they were actually walking the earth.

Of course, the only reason being drawn to collecting toys is not because the child is going to learn something. A child’s imagination is usually more active than you see in most adults. If you have a kid who loves to collect soldiers or toy robots that do battle, they will want to collect as many of those toys as possible so they can stage impossibly large battles right in their bedroom, living or their backyard, depending on where they normally play and spend most of their time.

Of course, this also goes back to being able to learn some things about the toys they are playing with, because they will want to know exactly how a character or animal behaves so they have some idea how these kinds of toys are going to behave in their playtime.

Finally, there is something to be said for simply completing things when it comes to playing with collectible toys. Most people, whether adult or child have a couple of little hobbies they like to indulge in. For kids, part of those hobbies usually involve more than simply playing with as many toys as possible, but also completing a collection.

Toys like G.I. Joe and Transformers from back in the 1980’s were specifically built to be collectible, because the kids who enjoyed those toys wanted to be able to say they had all the characters in that universe. These days, collectible toys are quite a bit more specialized, but kids still want to make sure they have actually completed a collection so that when they play, they know they have the entire set, and in this regard the playtime is more realistic for them.