Why kids love dress up games 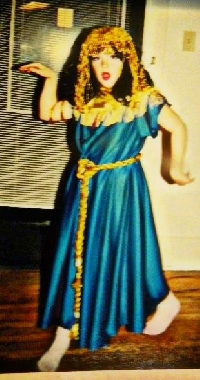 Why kids love dress up games: The same reason adults do. It’s fun for the young and old, who don costumes at Halloween or for Mardi Gras. Kids can do it anytime. Adults, maybe not. You get to be someone other than yourself for a few hours. It is make-pretend at its best.

When a child, for example, puts on her “veterinarian” scrubs, grabs her toy stethoscope and proceeds to examine her “sick” toy dog, she is learning a bunch of stuff. She learns how to use a stethoscope and understands animals sometimes get sick and require medical help. She develops compassion for animals and an appreciation for those who care for these creatures.

Children talk a blue streak when playing make-pretend, even if playing alone. Listen to them. The “vet” will engage in a running dialogue with her pretend patients. In the process, the child learns about speech and how to express herself.

Before you continue reading about the Why kids love dress up games there is a special announcement we would like to share with you. Catalogs.com has negotiated special medicare rates for our vibrant community of seniors. If you are over the age of 60, you can head over to our Seniors Health Section which is full of information about medicare. All you need is your zip code and a few minutes of your time to potentially save 100s of dollars on your medicare bills.

When several children play together they take part in role-playing, which teaches them about socializing, sharing and good manners. Using one’s imagination leads to creative and critical thinking skills later in life, which is a valuable tool. When children play, they acquire information which helps them grow and develop.

Today your son is a cowboy and your daughter is a circus performer. They are decked out in outfits befitting of these characters and engage in conversation, even if they are playing alone. This is called socio-dramatic play. Children use their imagination and role-play, transforming not only objects but themselves into something else. The sofa may become a spaceship and the next time you look the child has on a cape (a towel) and is a super hero.

When a child talks to herself, don’t interrupt. This is part of socio-dramatic play. She works through solutions to whatever pretend scenario she’s created. Children who play in this manner ultimately have better comprehension and vocabularies and employ long sentences when talking.

A child that dresses up, for example, in her grandmother’s robe and pearls creates the character she wants to be, and it isn’t necessarily grandma. On the other hand if dressed in a fairy princess costume the child is probably going to be a fair princess because it is hard for her to imagine herself as anything other than that because of the costume.

Costumes don’t have to be fancy, expensive or even literal costumes. If a child wants to wear his dad’s hat and boots, let him. He will promptly conjure up his own story line and act it out.

When children role-play they discover leadership skills, explore imagination, acquire language skills, think in the abstract, build social skills and learn problem-solving techniques. They also begin to understand things from another person’s perspective and in the process attain a healthy sense of self and self-confidence.
~
The child that dresses up has role-playing adventures and in the process he uses his emotions, sensory motor skills, language and cognition all of which prompt the creation of new synaptic connections in the brain, leading to higher intelligence. And, primarily, the child has role-playing adventures which are tremendously fun and kids like to have fun.

In addition to the benefits of dressing up and playing make-pretend, children actually benefit from roughhousing. Researchers have found roughhousing helps the frontal lobe of the brain to develop. This is the part of the brain regulating behaviors.

If your kids are dressed up like pirates and engaging in a rousing “Ahoy, matey, off the gangplank you go” behavior and, oops someone actually has to jump off the couch (gangplank) don’t worry about it. It’s good for them, although maybe not so good on the furniture.