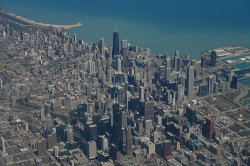 I grew up in Chicago, a 10-block bus ride from Wrigley Field. I lived in a real Chicago neighborhood – the kind of neighborhood that defines Chicago.

Before gentrification and urban renewal, there were generations of families who raised their kids with the same generations of neighbors, raising their kids. In Chicago, there is Chinatown, downtown, uptown and what used to be (before the area code multiplication) the land of the “708-ers” … the suburbs.

Here’s my list of the best places to live in the Windy City, Chicago. Starting with #10 on the list and moving up to #1. 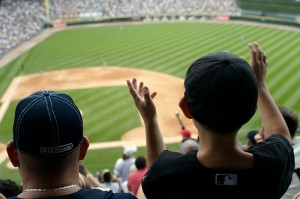 The major drawback to being a Southsider is the implied loyalty to the White Sox. Although rooting for a winner does have its benefits. The southside of Chicago has a lot to offer, from the annual drunk-fest known as the SouthSide Irish Parade, to great, and mostly affordable, neighborhoods like Bridgeport (home to Chicago’s imperial family, the Daleys), Kenwood, Beverly and Pullman. Largely blue-collar, southsiders have made Chicago work. 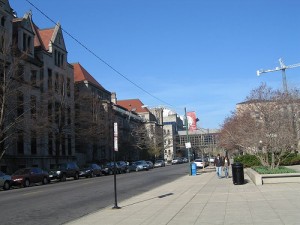 Technically part of the “Southside,” Hyde Park deserves a space of its own. Hyde Park is the home of the University of Chicago and benefited from one of the largest urban renewal plans in the nation during the 1950s. Hyde Park is cool. Kind of intellectual, very urban, and rather exclusive in feel. 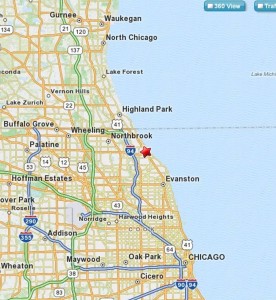 The “Northshore” isn’t truly part of Chicago, but the string of suburbs that run from the north boundary of Chicago (Roger’s Park – another interesting neighborhood, although it doesn’t make my list) along Lake Michigan. These suburbs include Wilmette, Lake Forest, Glencoe, Winnetka, Lake Bluff, Highland Park, Evanston, and Kenilworth – where the wealthy families that owned most of Chicago lived. They are still among the most affluent in the nation. If you don’t mind a commute, pick one of these, get a big mortgage and be happy. 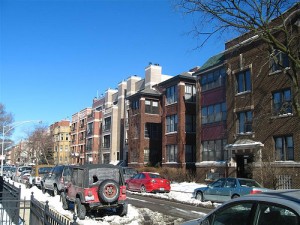 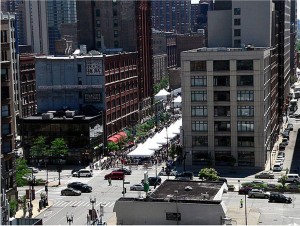 Printer’s Row is a cool new-ish neighborhood immediately south of downtown Chicago (The Loop). It used to be exactly what it sounds like. Lots of huge old buildings have been converted to lofts and luxury residences. The Book Fair is cool – used to be small and is now larger and more bookish. The restaurants and bars in the neighborhood are on the trendy side, as opposed to the “neighborhood” side.

Old Town is one of the older, at-one-time funkier neighborhoods just north of downtown. Right at North Avenue, and south of Armitage, most of the properties have been renovated into pricey single family homes. Shopping is boutique-ish and restaurants are easy to find, although the corner of Armitage and Lincoln has always been a revolving door. You can walk or bike to downtown, if you’re feeling spry. 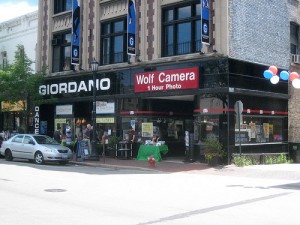 Technically considered the “North Shore,” Evanston has more of a city feel than the other northern suburbs. Evanston has beautiful neighborhoods, terrible neighborhoods, and a thriving downtown. It also has Northwestern University. Northwestern is so close to Chicago – with easy “el” access – that you can be downtown in less than 30 minutes. But why? You have everything you need right where you are. Be careful, some people have suggested that you can live in Evanston and never leave. 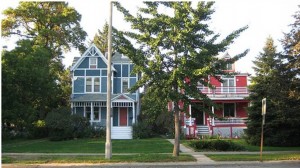 Oak Park, the first suburb west of the Chicago at the dividing line of Austin Boulevard, is often described as “Evanston without the Lake.” Not quite. Oak Park has an awe-inspiring collection ofFrank Lloyd Wright homes (he called this suburb home) and plenty of references to Ernest Hemingway, who called the suburb a place of “broad lawns and narrow minds.” Not so much now. Oak Park is one of the most racially diverse cities in the country, with plenty of alternative – and tolerant – households. 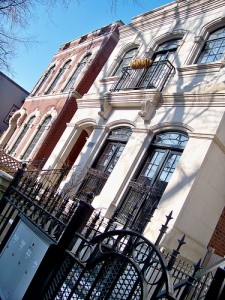 Another neighborhood identified by its university, DePaul is a nice place to raise your family in the city. Beautiful parks, renovated homes, black wrought iron fences and a wide variety of stores, eateries and bars. Parking is no joy, but not as bad as some other city neighborhoods. Definitely high on my list for nice places to live – in the city. 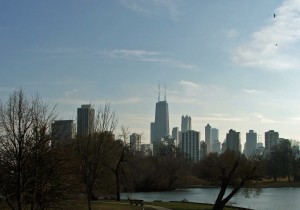 The perfect view of Chicago’s skyline, a zoo, a farm-in-the-zoo (so you can look at cows and pretend you’re living in the country for an afternoon), the lagoon, beachfront, a botanical garden, dog park and good combination of apartment buildings and single family homes (most of them NOT cheap) … this makes up Lincoln Park. What more could you ask for steps from the heart of the third largest city in the country?

Go ahead and disagree. Like I said, Chicago is a city of neighborhoods, and everyone has their own favorite.

I’ve missed lots of them. Even skipped over the western suburbs completely. Add your pick for the best place to live in the Windy City, Chicago is everyone’s kind of town.