Ironweed Film Club is your home for progressive films on DVD, bringing you astonishing stories that push the envelope of filmmaking. Join the Ironweed Film Club and join the film community that champions independent movies and filmmakers who tackle provocative subjects in their short films and documentaries on DVD – from the environment to politics and other compelling film topics.^

Since 2006, the Ironweed Film Club has served as the leading source of edgy, enlightening and thoroughly entertaining independent documentaries on DVD and short films that address the most provocative world topics and themes. Become a member today and join the progressive film movement that is growing day by day. 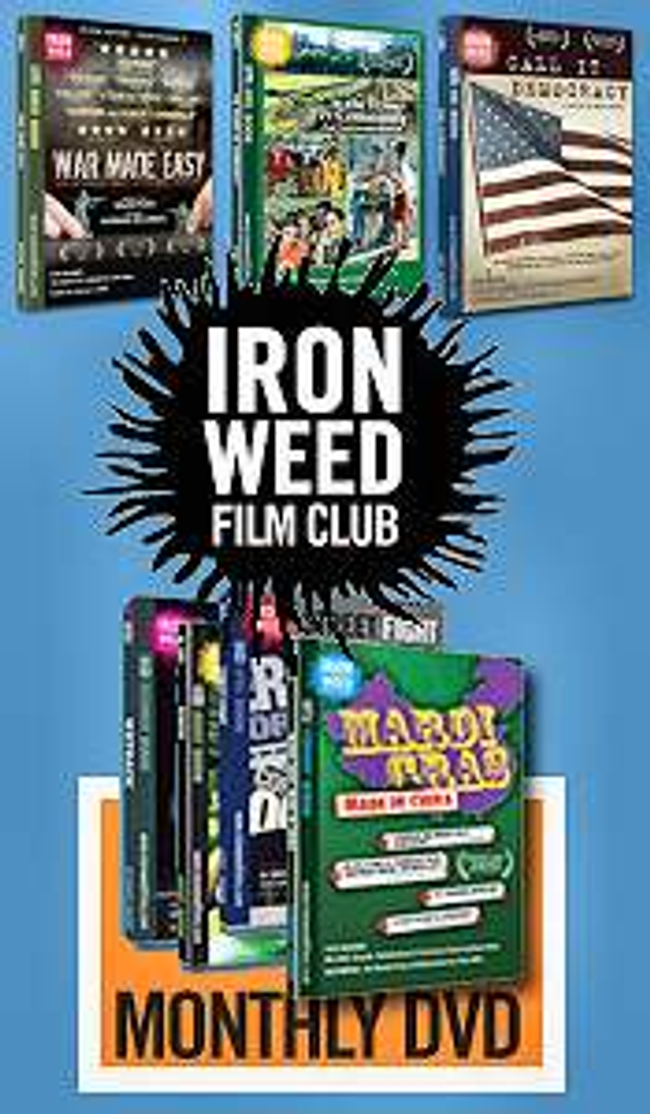 “Going green” can seem like a monumental undertaking and for some, the thought can stop them from even trying. Going green is not difficult. In fact, your children can even join in on the fun! This article will feature how to live green at home.

Get 30% off for the New Season

Get your Free Mail Order Catalog