How can I request a Eckler's Late Great Chevy catalog for 2023?

Eckler’s is the world’s best resource for restoring and upgrading your Late Great Chevy. Find the classic ’58 to ’72 Late Great Chevy parts and accessories from Chevy wheels and Chevy tires to Chevy seats, seatbelts, rims, fenders and even more for your 1958-1972 Chevy. 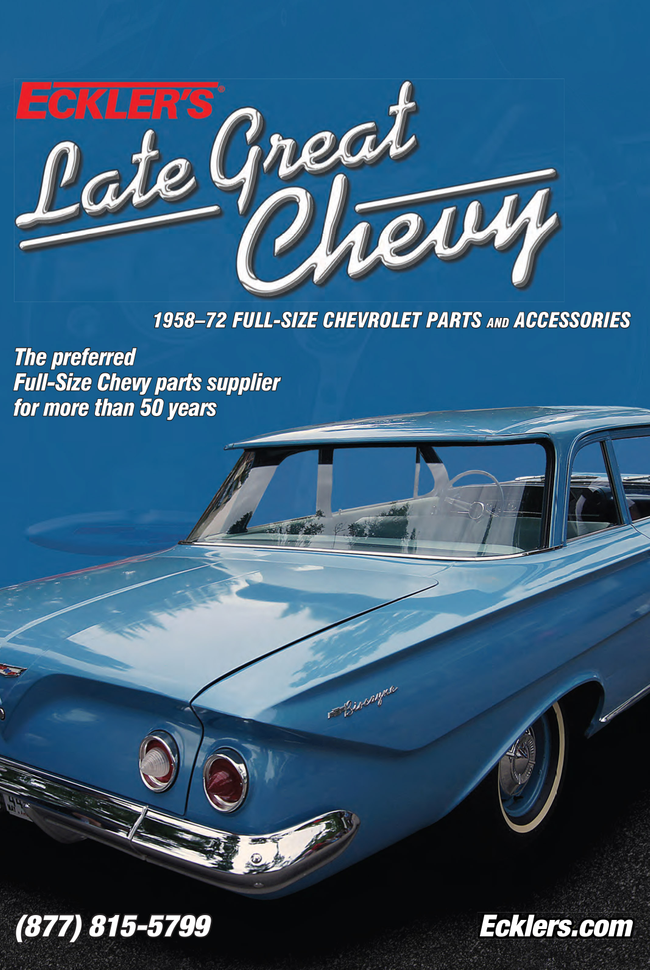 Out Of Stock
We no longer carry Eckler's Late Great Chevy Catalog, please browse our collection of similar stores below or use the search feature

A senior safe bathroom can be beautiful too

Creating your own personal fashion style is a great way to tell the world who you are with a single look. If you favor jeans and t-shirts, you’re saying you’re casual and value comfort. If you lean towards long flowing silk skirts, people will see you as more artistic, free-spirited and creative.

Get Up To 15% Off On their Products and Accessories

Get Up To 15% Off on Their Most Exclusive Products