Which musical genre is the most popular? 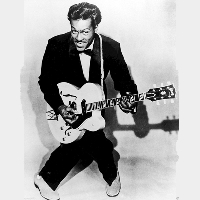 What musical genre is the most popular? That depends on what survey you believe. And whether you?re talking about popularity in the United States or around the world.

With those two points made, it?s clear that rock and roll, followed by hip-hop, are the two most popular musical genres.

A lack of class?

Before you continue reading about the Which musical genre is the most popular? there is a special announcement we would like to share with you. Catalogs.com has negotiated special medicare rates for our vibrant community of seniors. If you are over the age of 60, you can head over to our Seniors Health Section which is full of information about medicare. All you need is your zip code and a few minutes of your time to potentially save 100s of dollars on your medicare bills.

Classical music in any survey is at the bottom of the list, usually hovering at 2% in record sales or downloads. As with Beethoven, it?s impressive that many composer?s works are still being taught and played almost 200 years after these greats have passed on. It is undeniable, however, that fewer and fewer people are listening to their majestic classical symphonies and arrangements.

Jazz in all forms also ranks low at 2%. National Public Radio may play it constantly but it is clear the majority of American households do not keep Charlie Parker, Thelonious Monk, or Dave Brubeck CDs around. Even the popularity of mainstream jazz artists like Kenny G have failed to bring numbers up.

Latin music is a growing but still small genre in America. Right around 2% of sales and downloads.

Seasonal music according to Nielsen ranks at two to three percent, depending on whether you count CDs plus vinyl, or if you also consider downloads and streaming. This number may remain constant over the years, as there is always a steady but limited market for holiday music.

EDM or electronic dance music, now ranks in every survey. Although required at raves and Burning Man, the small number of people willing to spend all night and morning on the dance floor may keep EDM from ever going mainstream.

Contemporary Christian music comes in at three or four percent, depending on the survey. A fairly recent genre, CCM features artists like Amy Grant, Michael W. Smith, and TobyMac.

Decidedly original and American, Country music encompasses a broad range of styles, from first performers like Hank Williams to pop influenced artists like Dolly Parton. It’s ranked at around 10% of total sales, depending on how you measure.

Popular music is the stuff of Britney Spears and Taylor Swift. It’s well represented in mainstream culture and typically the subject for the Grammy’s Song of the Year and Record of The Year. Pop music comes in around 19% of the musical pie.

Whatever you call it, this genre has a wide following, made clear by its many influences and roots. Rhythm and Blues had perhaps it best years in the 1960’s as the Motown sound from Detroit. But R&B still commands a wide audience, now done by people like Jay Z, Usher, and Chris Brown. Rap is often considered a separate genre and hip hop represents an entire culture, not just a musical style. Nielsen has this category ranked at 22%.

Measured by CD sales and concert revenue, rock and roll is still the dominant genre in the music industry. Variously tabbed at 30% to 37% of listeners, groups and individuals like U2 and Neil Young continue to lead sales. The perpetual presence of the Rolling Stones is a symbol of rock and roll’s longevity as a whole.

Which musical genre is most popular? That must be answered decisively with hip-hop and rock and roll. Pop music follows after that, with the rest of the players coming in behind. What’s your favorite?